Here at Michael R. Cogan, P.C. we combine years of practical experience with an overwhelming drive toward client satisfaction. This, combined with the “state-of-the-art” technology and a full complement of paralegal support, continues to set us apart from the rest of the industry.

Furthermore, Michael R. Cogan, P.C. maintains a full complement of secretarial and paralegal support, each of whom are “cross-trained” in the legal, collection and “skip-tracing” arenas so as to better serve our clients’ needs. Each client is assigned a dedicated collection representative who is primarily responsible for the handling of their files and acts as the personal “Client Service Representative” for all matters relating to the client’s files. Finally, all of our clients are assigned to a particular attorney ; if you wish to speak to an attorney, you need only contact him or her directly. 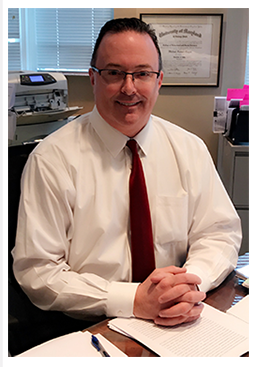 Eric Yarvin is an Associate with Michael R. Cogan, P.C. Mr. Yarvin is licensed to practice in Maryland.

Steven A. Sadel is licensed to practice law in Maryland and the District of Columbia. He has represented clients throughout the United States in the acquisition, development, leasing and sales of regional malls, power, strip, lifestyle and outlet centers, multi-use developments, warehouses, distribution centers and urban redevelopment projects over the course of three decades.

Mr. Sadel was a partner in the Miami law firm of Patton & Kanner, the Atlanta law firm of Hartman Simons and the Washington D.C. office of Holland and Knight. He has also served as Senior Counsel at Lerner Corporation, Senior Vice President and Associate General Counsel at Federal Realty Investment Trust, Combined Properties and The Mills Corporation. In addition, Mr. Sadel served as Assistant Attorney General in the Office of the Attorney General for the District of Columbia for ten years.